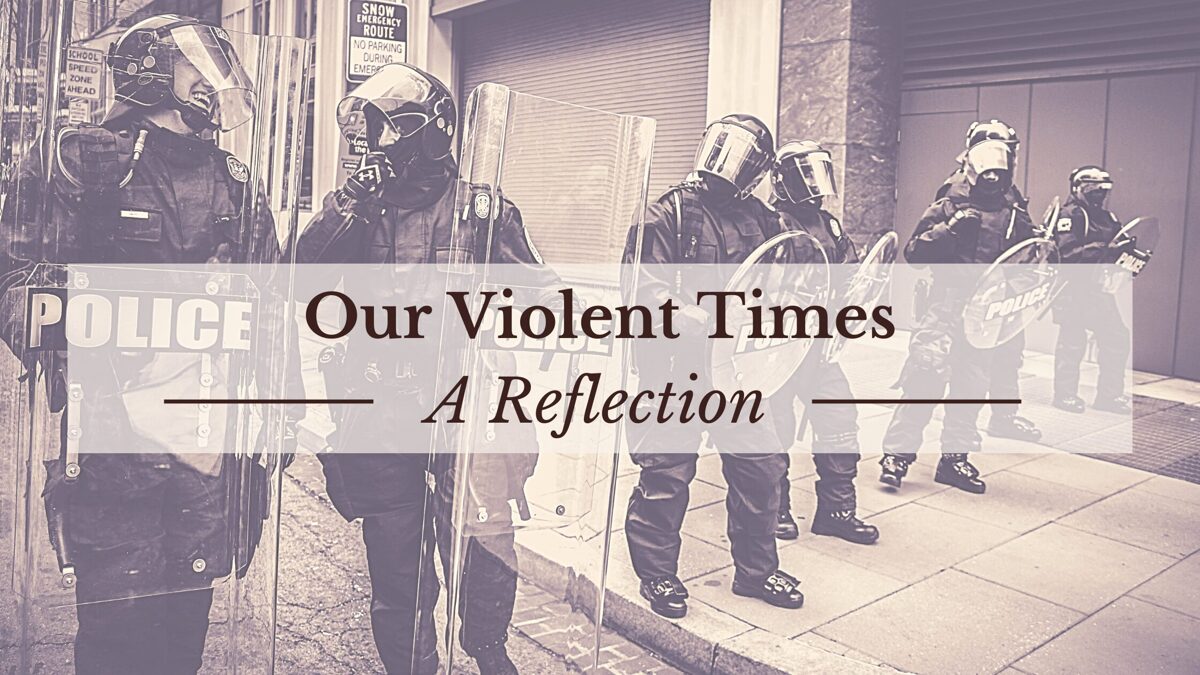 My partner and I are in western New York at The Chautauqua Institution. This is where, on Friday, an attempt was made to take the life of Sir Salman Rushdie. Rushdie, is a renowned author of many books, including “The Satanic Verses”, which prompted a fatwa against him in 1989. Also injured in the attack was Henry Reese, co-founder of the Pittsburgh nonprofit City of Asylum, who was scheduled to join Rushdie in a conversation about the need to protect persecuted writers. Quite ironic!

In this morning’s worship service, here on the grounds in the very Amphitheater where the attack took place, The Very Rev. Kelly Brown Douglas spoke about our violent times and asked us, “How are we to live, as people of faith, as believers in God, in times like these?”

The answer, of course, is love. That’s what Jesus not only modeled in his life, but commanded us to, “love one another as I have loved you.” But what does that kind of love look like?

It may be hard to define what love looks like, but Rev. Brown Douglas defined violence in a way that also reveals what its opposite, love, should look like. She says, “Anything that dehumanizes, degrades, disrespects, denies, or destroys the sacred humanity of another person…THAT is violent.”

And so, I count myself among the many stunned Chautauquans who have been praying for Mr. Rushdie, Mr. Reese and those who know and love them. And my faith also calls me to pray for the young 24-year-old man, Hadi Matar, accused of attacking Mr. Rushdie.

Yes, Mr. Matar should be held accountable for his actions AND we do not need to do violence against him by dehumanizing him and destroying his sacred humanity. We don’t yet know the story of what led to this young man attacking Mr. Rushdie, but there is always a back-story. The story behind the story does not excuse violent actions, but it can help us have compassion for those who find themselves in a situation in which they think violence is the answer.

All throughout history, there have been people who think violence is the answer and it seems to be getting worse, not just in the US, but globally.

We can work to make the world a just and equitable place for everyone without doing violence to each other. I believe our survival depends on it.