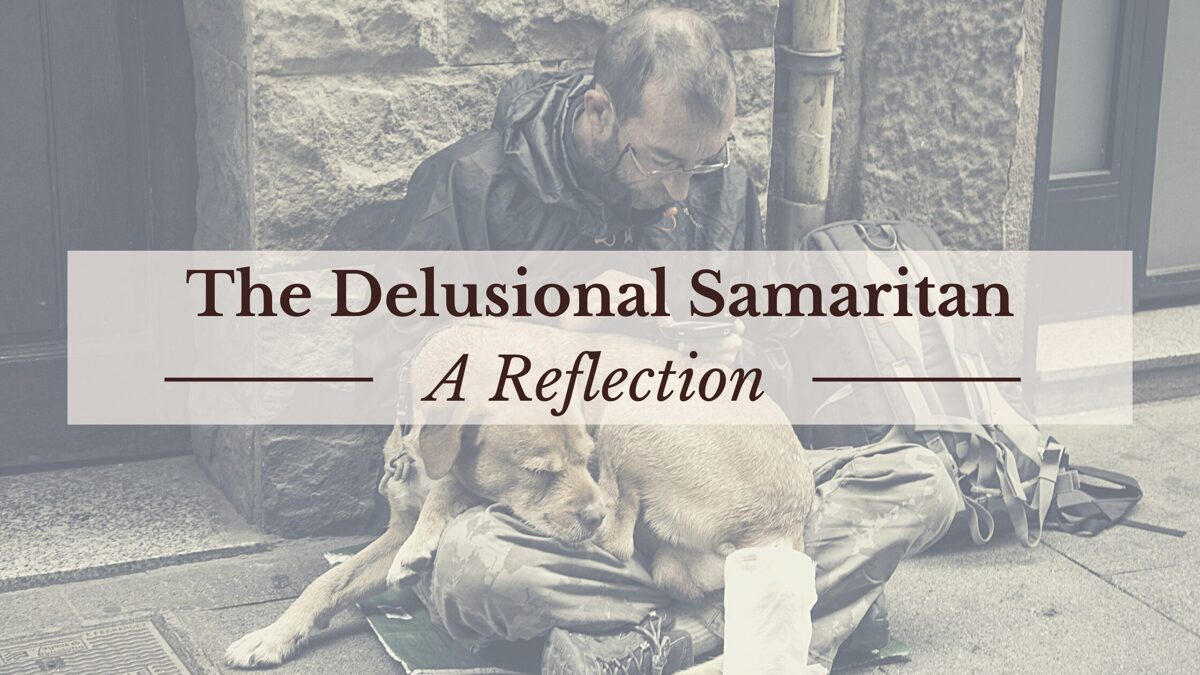 Today’s Gospel (Luke 10:25-37) is a story that most people, even non-Christians, are familiar with – The Good Samaritan. Everyone usually agrees that the “good neighbor” was the one who felt compassion for the man who was stripped, beaten, and robbed and, because of that compassion, helped the man.

The Samaritan didn’t just ignore the person in need, he didn’t just offer prayers for healing, although he may have been silently praying as I’m sure the man laying on the side of the road may have been praying for help. The Good Samaritan offered a sacrifice of time and money in tangibly helping a fellow human in need.

As was often the case, the person asking Jesus a question was not asking a sincere question. To justify himself, this scholar of the law asks Jesus, “Who is my neighbor?” In response, Jesus tells a story and then asks the more important question that should have been asked, “Which of these three, in your opinion, was neighbor to the robbers’ victim?”
The important question is not, “who is our neighbor” but “how do I BE a good neighbor?” What does it mean to be a good neighbor and how can I offer that goodness to everyone?
In thinking about this, I realized that sometimes I’m a Delusional Good Samaritan. In other words, I delude myself into thinking I’m a good neighbor.
While I do pray for everyone – those who I agree and disagree with, the people I love and the people I find it hard to love, those who have harmed me, and especially those whom I have harmed. I don’t always go beyond prayer, even when I have the means to do so.
For example, I often pass homeless people and feel a bit of sadness, say a quick prayer, and keep on going, not having the courage to make eye contact. This happened week before last on the streets of Manhattan New York as I strode past a young man and his dog on the corner of 5th and 53rd.  Only this time, several blocks later, I turned around and went back because I couldn’t stop thinking about the young man and his dog.
Attempting to strike up a conversation, I asked the man about his dog. He told me his name, Bubba, and shared a little about how he had rescued him from an abusive situation in which he was being used as a fighting dog. This kind young man, clearly battered and abused by life, was extending love and compassion and care for another creature who had suffered the same. He understood what it meant to be a good neighbor.
As Bubba and his human sat on the corner of 5th and 53rd, thousands of us walked the streets of New York forgetting what it means to be a good neighbor to this young man and his dog. And likely not even considering these two battered and abused beings on the side of the road, robbed of their dignity, as neighbors – neighbors in need of prayer, yes, but also in need of love and compassion and tangible help.
Bubba and his human still weigh heavy on my heart. Yes, I gave him the dollar I had in my pocket and, more importantly, I gave of my time to have a human interaction that honored his and my dignity as fellow humans. And the question I am thinking about today is, “How can I continue to be a good neighbor to Bubba and his human and all my other neighbors in need?”
How can I be a Good Samaritan and not just a Delusional Samaritan? I hope you will ask yourself the same.
By Sibling Michelle "MJ" Johnston, CFA